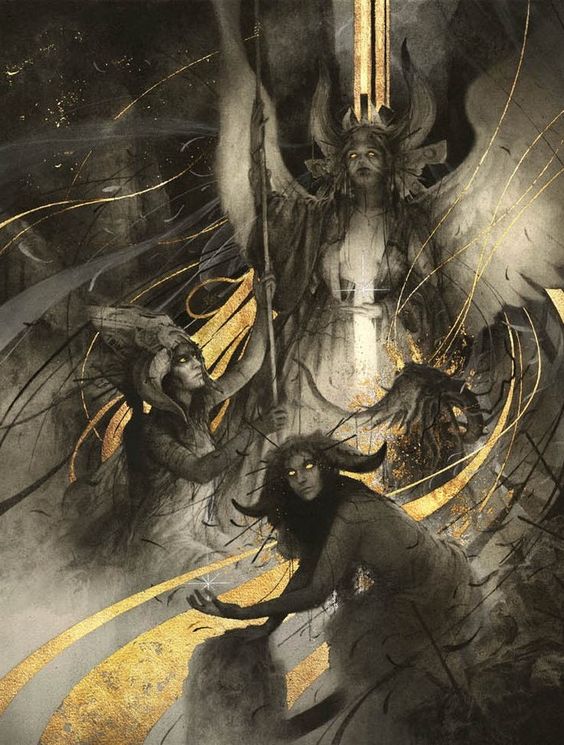 Began it all with blood, that drips from a bloodstone, which gilded the might of blood mages, so reluctant to stare at a blood moon,
Glancing at these nightmares, those bearing such haunting hemlock and nightshade, waking night terrors nightly,
Thus, night fiends to fair, who art henceforth, found screeching horror, humbled as heretics-lost,
Yet, moreover, sinners hereby mumbling a broken mortality…the axis teeters tenaciously, talent-ly among our diplomacy,
Zealously, as we thrive throughout open stages displaying carnival and carnage

Magi, a forgotten creed…what leviathan beneath speaks…what dragon above thusly whispers;
Spewing hellfire as it all may come to be buried within the genesis pertaining to a coronal revelation,
Simply it would gallantly seem, as we speak far too vividly, about thee..As so, come with me,
As we walk herein this phantasm foreboding a requiem meant for a dying dream…fated towards a majestic destiny,
There look, seraphim art sounding the trumpets, together singing praises and counting the ebbing sand weighted upon thy scales

Prevalent lamentation guided by agony seeps like ichor corrupting the earth and man, having obsidian prolifically prevailing,
Poised in its own prime, dancing to a brittle chorus that cleverly amused the chemicals charismatically crippling semi-particles,
Reigning quantumly, and quite vigorously throughout the night… anointed is he who stands to deny the morning star,
Justly, are we baptized, deeply in thine esoteric awe, illuminating the blighted reflections hiding from a heliocentric sun…
Poetic nonsense, upholding theatrics, binding us onto a self sulking beauty we gave ourselves unto… blinding, ergo, timely

Another notion to play, in the confines of a mad man’s cerebellum… sparking neurons,
Merely, to comprehend what makes a nova cry, and scream, and dare to reach,
For this unfulfilling existence, as I breathe in an hour wasted upon the gluttony pertaining to thy ignorance,

The cuspid sighted colorless, yet, hued ambient, and benevolent by an echoing mantra quoting prophecy,
Seamlessly, what follows runs dimensionally while suffocating our imagination

…Unlimited is the spirit, therefore angels are we not all…

My, My, be loved Icarus does not the sun burn overly, brightly beyond the sea’s skyline…questions of limitation I purely inquire,
Whereas, illegitimately imprisoned underneath a blue cerulean sky a miracle galivants,
Roaming in a wanderlust to define said iconic marvel …Forward obligations lie,
Byway, as a consequence, endurance shall plague those willful, reckless royals…Listen sincerely thy jubilees

Possibilities art set to be embraced, and coded insights art to be properly deciphered…
Like six wings gifted unto those star-lit constellations…hence in vision with me for a while longer,
Seven planetary bodies masked as diamonds inked in a scarlet gold kissing the auroras known as Borealis’s Threshold

Sown upon eternity’s lips a matric among the weightlessness, his providence a cosmic oasis ignited forever,
And evermore endless beyond the firmament which separates the waters and eloping tides…
Paradise thy utopian bliss hereafter our enchantment resides openly raptured, hereby taken with a seeded immortal sigh,
Elated, we exhale our woes, riven we aspire pass their fallen illusions, by the by,
Convey onto me the sackcloth, somber sun which expresses its manic marvelous mediums unto a crimson satellite…blood of blood

Let it all commence as it did in the beginning when divinity was our calling, where and then we all knew God…

15 thoughts on “My Beloved Icarus”