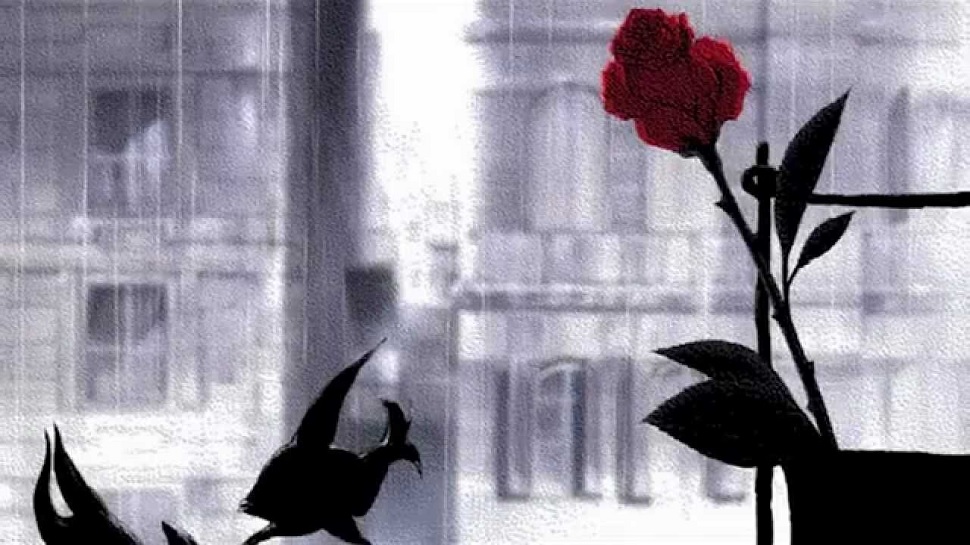 Blighted is my soul as I search the innermost parts of my spirit to find increments pertaining to gold
Gilded joy and memories held bashfully episodic, lost to my guilt it all wavers a bit more somber
The night sky no longer upholds fragmented diamonds, also the moon is now never full…unsated like the fool I have become
Back to my weary ways I am, the vagabond bound to his own blinding obscenities, those speaking dearly a departed oblivion
Was there ever a time when I was truly happy, simply filled with a passion that ignited the atmosphere bringing color to the world

Perhaps… many, many lifetimes ago, when red roses did not bloom in the rain

Even more so I feel rather vain gripping unto my woes, as well unto this pretentious self-loathing I often find myself drowning in
Hence, allow me to tell you a story…there once was an angelic blue bird gifted with the ability to cry sapphire tears
And thereof his weeping as one droplet said to dropped, astronomically a new galaxy was dimensionally born

However, in time, emotionally the fowl grew numb,
Century after century, species after species the essence of life became a bore
No matter what new province those viridian liquid gems created over the ages it all resulted in the same…

Tragedy became commonplace, the horrors corrupting a persona’s mindset sat greatly polished, yet still mundane
Therefore, no more would that cerulean royal phoenix converse to cry, then it happened you see…

The epochs echoed twice, then thrice, forbearing days became eons while seconds drifted into irrelevancy
Man gave into their sins predictably, thus fading together sinking within their own corrosive biblical virtues
Leading to the heavens where stars imploded to perpetuate a nova’s scream, which sighed until it murmured mute
Marrying a melody majestically silent as all was beginning to be, mimicking a cosmic beginning when nothing reigned as king

Perfection was isolation it dreamed, and in its belief, beauty was simply lost in infinity
For in an infinite amount of time the blue jay knew finally peace, although to what is coined everlasting
Tranquility crumbles when feathers flock as those gripping to none; to what is peace if alone…behold I say the dead only knows
Henceforth, it felt as so…a revelation brought back its will to lament and the chaotic madness to come became again its muse
“A price I must pay to shed this primal fear ” Endure the twilight dawning a resurrection proclaiming the starlet dictational mire

Every pulse in life, rather particle or planetary, reverberates the perils paralleling an omni prime…
That vanguards a blissful eternity, shadowed in vanity, like thee oddity which is my vitality…sing for me once without remorse
Share with me still, one last maybe, openly hoping to exist beyond these holistically sighted seraphic, sapphire blues

Thank you for reading!
My anthology “The Night Sky ” is available for purchase. – http://a.co/0pzUVWs
Vlogs – https://youtu.be/vgzLe2Yjv3I