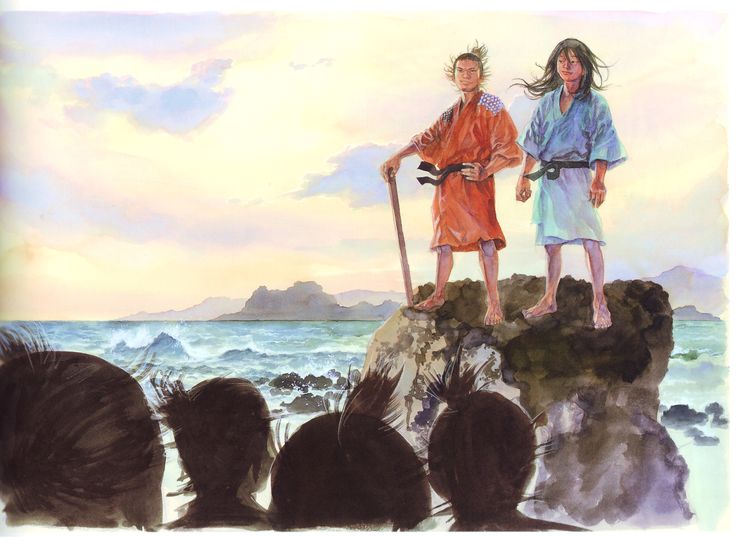 Within a village where cherry blossoms bloomed a pearl color white
And where the stars always sat in the sky coded with an intimate blue, so grew two
Two boys that, aside from their appearance, were similar in almost every way, brothers some thought to say
So forth, the people adored the two, one named Yama and the other Yami, twins in this cosmic array

The village known as Bagua home of the two, had a ceremony for those coming of age
Where those primed would take a pilgrimage to the top of Mount Dao
Therein, laid two paths a soul could take to traverse upon this journey
However, the ceremonial priest would chose a person’s way as to uphold Bagua’s tradition

Yama was given the path to the north, that of the sun, along with a guide as to aid
Yami on the other hand was given a path to the south, that of the moon, yet he was give no guide nor aid
The brothers knew it was to be this way, and smiled at there eagerness to start their venture, coincidentally

“Yami” Yama called out “ When we reach the top of mountain let’s have a cup of tea together
Let’s talk about the adventures that we had on our separate paths, dear brother
Tell me stories of the byway moon, and I will share with you my perception of the trailing sun.”

Yami gave unto Yama an ambitions smile and replied with confident words of making it to the top
Thereafter they parted ways and so it all began
Yama, under the guidance of Master Zen, seemed enthusiastic about all the things to learn
But, a few miles into the expedition, and Master Zen became short with his words
That of only giving order, forcing Yama to become a perfectionist in all walks of life
Yama had no freed of his own, his path was that of another, his will became that of zen
For the Master told Yama the way of the sun is the only way that will help you survive

Rigorous, the training was, those regarding martial arts, studying medicine, and perfecting formalities

The path of the sun lasted three new moons
Then at the dawn attributed to one morning Master Zen and Yama reached Dao
Yama, filled with joy, raced to the top to see if his brother had made
Although to his disappointment the peak of the mountain blew only a lonesome wind

Still, upon the mountain Yama sought to complete the ritual of his people,
With sadness in his heart that his brother was not there
Master Zen poured Yama tea and said “ The path of the moon is a lonesome one, some do not survive”
These words from the master made the tea sit sour upon Yama’s lips, furthermore tears weighed in his eyes
“Do not weep” stated the master “ Those of the sun do not weep. It is far to informal”

On the third full moon Master Zen told Yama it was time to head back to Bagua
Yama obeyed, giving mount Dao his goodbyes, although something felt ominous about the night sky
The world was quieted, so much so, that the wind didn’t even sigh
Suddenly, from the darkness a beast with wild hair let out a violent scream, with fury it attacked Yama
Full of rage and instinct the beast stormed its assault, although Yama was a perfectionist now
His moves were fluid as he evaded the devil’s onslaught, countering, and assessing the creature’s weaknesses
Allowing him to see a fatal opening in the creature violation, striking with precision, Yama oddly missed

The creature intuition gave way, his eyes burned of a red fever, demonizing a given smile
The devil grinned and began to laugh whole heartedly saying
“You seem like an idealist now, much so akin our elders,
But, Yama, my brother, did not you promise me that we would have tea together?”

2 thoughts on “The Byway Moon & The Trailing Sun”