Candlelight to burn in the eyes of a madman, the sheen to brim from Freya’s tears
Found kissing the murmuring, mesmerizing hymns song for these dark ages
Where and when Nephilim cried out a bleeding divinity unto that hungry, ever glaring blood moon
Which illuminates a dystopia in view, a Metropolis gilt in ash, as well as, smut

For, it all lies rather, disease written like that  unto a harlot’s tongue…overly bearing with discord
As bliss stands foreign, yet what reigns art the ebbing thymes decaying timely thereof a lobotomizing limbo
Decorative, are things gracefully scorn, hence, a crown of thorns placed upon a prince’s head so said to be a god

“ We are all kneeling, Erebus, waiting in anguish with FIRE igniting out smitten souls…liberate us”

Here I stood, a blighted one dictating the helms of the underworld and totality was my greatest muse
Recalling this time pertaining to wonder, I tore asunder the spirits belonging to the damned, and damned they were
Weeping pessimistically throughout this unholy sanctuary;… Rightfully, Dis Pater
Having the sinful lot of mankind physically slave away constructing monuments displaying their own greatest sins
Manipulating their thoughts as to daydream, so forth dreams scripted always to end in tragedy,
A torment of nightmares for those unable to sleep, those ignorant towards a concept regarding rest,

“ Vigilance as an unwanted virtue, persecute the lily reaching outward for the sun…why; We are surely victims  ”

Cretins you are, abominations bellyaching over immoral choices made, thou art a stain in the eyes of your own God
The hellfires that you walk upon, the City of Dis which you are bound to, is unsanctified by the one you call Jehovah
Only the loathsome are welcome here, no one amidst the deep is noble, or pure, and certainly not victimized
Know that thy hearts shall no longer experience love, the sun will never again rise upon your irises
Beauty is to be forgotten as you rot, succumbing to the madness that breeds your anxiety and primal fears
Take a gander at your Lord Erebus, laced thy lips with my name as god…everlasting, thus forever”

So, were the idioms as I ruled over thee inferno, so were my ways guided by my father’s bloodline
And envious still was my brother; Cerberus who tried in every way to overthrow me, he lusted after my birthright
Therefore, he created chaos among chaos, freeing those pitiful souls, slaying demons that tormented
And playing the most enchanting music from his dear violin that brought serenity to every creature’s mind
A shadow in the void bring about hope, howling at a somber atmosphere that cradled cryptic constellations
Speaking secrets regarding four angels who of each bore seven seraphic wings protecting heaven’s door
Henceforth, forbore this sight concerning cosmic anomalies as I preach more, courting a sibling rivalry

Cerberus efforts were to mock me, to show weakness in my demonic hierarchy, for he like I cared not for mortal men
Only that, which could be gained, and honestly, simply it added to our amusement, an entertaining spectacle
As he would shapeshift into the image of their messiah as to convince those suffering to follow him
He would promise a land staged with streets blanketed in gold, where rest was eternal…a notion holding nonsense
However, some believed thus running with that hellhound into an oblivion far more obscene than obscurities known 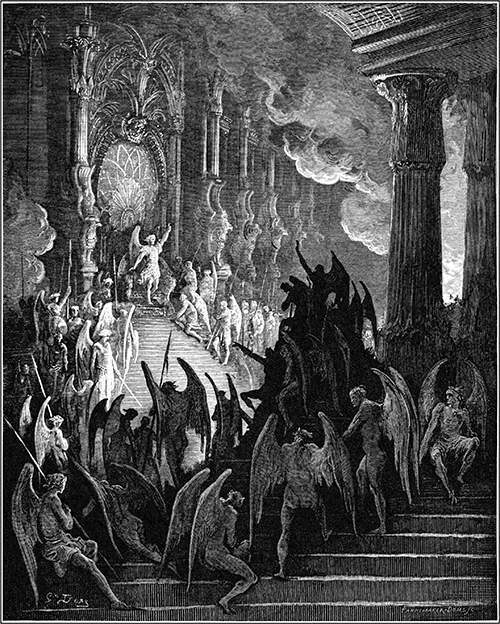 Most of the accursed minds over a millennium began trusting the fabricated image, worshipping accordingly
Mutiny befell my Plutonian legion, and a division raised between hell’s hellions, so to follow conflict broke out
Thereby, for centuries after, Tartarus knew only the sounds persisting as war, yet  it was lullaby unto Satan’s ears
The leviathan dwelling in the bottomless pit beneath the eighth circle, anointing Azrael as his second in command

Although, what whispered as fiends bathed in carnage was an elegant Eloise, a beauty to capture my eye
With emerald in her eyes, together with the wind gently caressing her, to make her seem more than ever-ly benign
Eurus, tell me why are you walking in these catacombs?
Are you the work of God, a test in lieu of my father, or a deceitful Aphrodite created by the hands of my brother?

~ Ren’ee Verona – Paradise’s Poet ~
Thank you for reading, my anthology  “The Night Sky ” is now available for purchase.
Click the link to get your copy – http://a.co/0pzUVWs

*Artwork is by Gustave Dore