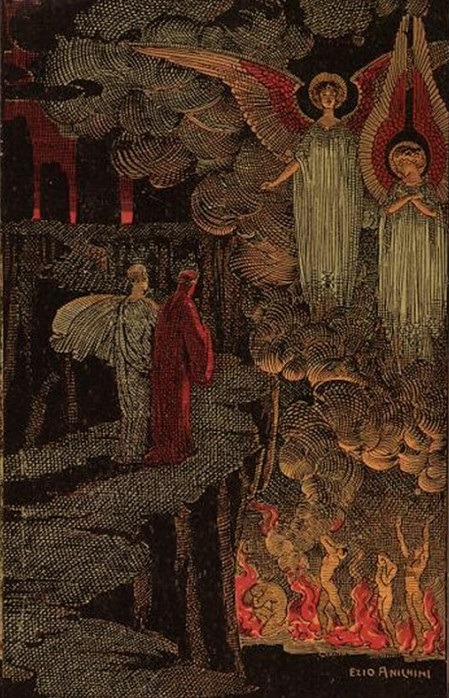 [ Phobos: Holy terrors to tread along these waters beloved Deimos, the liquid is suffering more as he endures more
Deimos: Darker the spirit, Darker the reflection
Phobos: We have never been so fortunate beloved Deimos, to rest our wills upon such sovereignty…to think devils cared for their own souls
Deimos: Not soul, but heart, for not heart, no soul
Phobos: How observant beloved deimos…the taste of pomegranate to flourish garnishing his tongue]

“ Sown upon eternity’s lips a matric among the weightlessness, his providence a cosmic oasis ignited forever
And evermore endless beyond the firmament, which is found to separate the waters and eloping tides….
Paradise thy utopian bliss, hereafter our enchantment resides openly raptured, hereby taken with a seeded immortal sigh…
Are you prepared Lord Erebus… afoot is the next trial…afoot lays the scourge…grit thy teeth and thy heart ” said Morbius

Woe unto I, the vagabond persecuted by flagellation as I stare into the eyes of a seraph resembling the sacrificial lamb
Forty lashes, yet we were devoid of one, thus I to weep as he did, and I to pray as the damned so followed
Sanctified was the tribulation to adorn surely the revelation I was to forbore among my unyielding purification,
A crown of thorns was once gifted unto a prince… A crown of thorns, therefore, presented unto me, however, mercy to sit with these angels
For with the authority of their lord, upon my brow, the third angel, bestowed a kiss, causing the thorns I wore to bloom lovely with lilies
While unto my shoulders I was dressed therein a gambler’s garment…then, a fifth angel spoke, saying “Heaven is not a matter of chance”

[ Phobos: All for love he betrays us beloved Deimos, he mocks us as if we were no longer kin…the fool
Deimos: A bleak hearted fool, all who love are as such… devotion is simply a stepping stone towards betrayal
Phobos: How keen you are… but are we to be forgotten, so forth lost as he thrives outside of his own inequities?
Deimos: Perhaps, yet the tides of fate sit only in God’s hands and only Elohim may know ]

In the essence of piety, I stood at intervals feeling enraptured by a metamorphosis…nearly my eyes were eclipsed fully thereof the dawn
There, the sixth angel entrusted unto me three spikes stained with the blood of the lamb, “look upon him” the seraph spoke tenderly
The seventh followed stating “Domain rest upon his shoulders…A symbol of passion shall bewilder your faith…Let it be your freedom”

From the cross, and the heaven’s, and the land beneath the sky reign the kingdom of Christ, they chanted and song into the morn
Endlessly, they peered at me as if I was to become their brethren, yet a heathen plush, I began to fear abandoning thine own birthright
Leaving my spirit torn, hence, as I ambled across an exalted bridge the substance bearing my core character fundamentally shattered
Petrified, shackled in place, revolting continually with who I was and am, against what I need to be…so surely what I desired to be
Vivid mental images of my father and my Eurus began to pulsate, conjuring a villain who remembered the dogma professed by Lucifer

“ Only those chosen by God may attain his glory, all others are but subjects appointed to the inferno before their time…
Of my kind, we are not thee elect… we are brimstone to be stepped upon by the most high… We are victims oppressed by divine order
Any and all sense of God’s mercy unto you is merely that drifting an illusion…” [ Phobos: Beloved Deimos are we, victims]

Eons of this are what I ingested, ages weaved with these words is what was raised upon… born into… chosen by Jehovah to endure
I began to curse at the angels, who were blessed unlike I, who were conceived in love unlike I…who walked in the light with INRI
The taste of vinegar laid sweetly above my tongue, therefore I spat atop of two angels, whom of which, lingered in front of me
HATE fed into my veins having the lilies that caressed the crown that I wore to die. “ I am Erebus, Son of The Morning Star” I proclaimed

“ Because I know not the ways that are guided by his will” I replied “ l know of screams and torment…I have seen obsidian skies
While dancing to particular sounds harping midnight muses…His will has given you wings, although unto I…
Woe is what the crows and ravens sing in our garden blooming of black roses… [ Deimos: The word victim varies in all]
His will in my perception is a sight regarding tortured men praying towards a self – righteous God cursed with deaf ears…”

At the end of the stone span sat the last angel hugging a spear tipped in blood…
Forever fixating his eyes toward the ground he said unto me “ Prince of the Morning Star, with fear and dread known that this is your blood”

Become a “Patron“ of mine, over on Patreon
My Anthology  “The Night Sky ” is available on Amazon